Penn offers 4 kinds of reels within its Squall series. These conventional reels feature a star or lever drag. We’ll dive into the sizes, features, and specifications of Penn squall series in this article to guide you to choose the reel that suits you. You will also get to learn when you might prefer a squall reel over the other.

These reels are very good for inexperienced anglers as the conventional reels are less vulnerable to creating line twist. The beginners often keep cranking the spinning reel even though the drag is pulling that creates line twists. This doesn’t occur when you use a conventional reel.

All Squall models have a graphite frame that makes the reels corrosion-resistant (unlike aluminum frame) and lightweight. These reels feature the machined aluminum spool and line capacity rings for exact line amounts. Check the differences in specifications, features, and weight/drag ranges in different squall models. Click on the model name to check its sizes and review.

All Penn reels come with a one year manufacturer’s warranty.

Penn Levelwind and Star Drag are similar in anti-reverse feature, drag material, and type. However, Star drag is lighter in weight and Levelwind is cheaper. Both reels are cheaper as compared to Penn Lever Drag. These reels give you better castability as the spool has a tendency to spin more freely. This especially helps you, If you are a coastal fisherman and are throwing iron or live baiting. You will also be able to cast long distances with the free spool. You definitely should choose among these two reels, if you are fishing 30 lbs and under, Bottom Fishing, Live Lining, and Jigging. These reels are easier to maintain.

Lever Drag reels have a lever that tightens the drag to the desired setting by moving back and forth. You can visually see the amount of drag on the reel that is particularly useful for less experienced anglers. With the 2-speed option, you are able to switch between a high gearing to retrieve the line faster and low gearing for hauling in those heavy fish by simply pushing a button typically located in the handle. For fishing 30 lbs and over, Trolling and Kite Fishing, these reels are better to go with.

Level wind is great for kite fishing to constantly let out and retrieve line or for the anglers with a little knowledge/experience to manually level the line when retrieving. 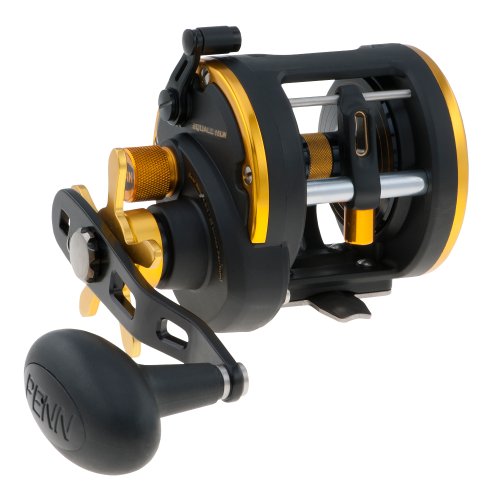 The Squall Level Wind series is the successor of the Penn GT series which have been used by the experienced angler for decades with a proven track record on big fish. Not only Squall LW series have all proven qualities of the Penn GT reels, but it is also equipped with instant Anti-Reverse bearing and improved gear ratios in a more compact lighter package. It is also available in 2 left-hand models of 20 & 30 sizes.

Cons: Pinion gears are prone to strip out that leaves the level-wind dead in the water. The pinion bearing cannot be replaced when it goes out because it is permanently fixed to the side plate. This means that you will have to purchase a whole new side plate if pinion gear goes out. You can use it as a conventional reel by removing gear & level wind, but you will lose the “clicker” function. (do-able, but a pain to do out on the water) 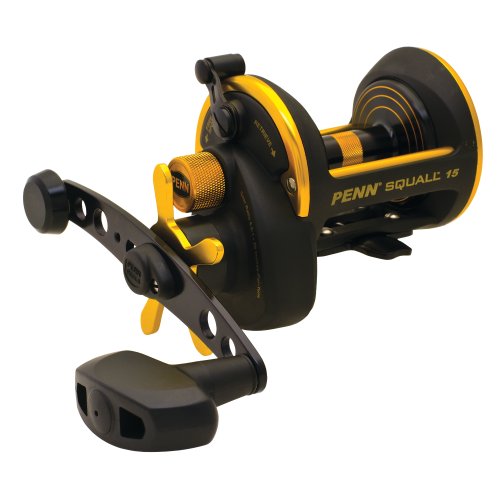 The Squall Star Drag series is available in five models sized from 12 up to 40. The level wind is not used to lay the line back onto this compact open-frame casting reel. The reel is armed with an anodized and machined aluminum spool with what is called a Free Floating or Live Spindle design. The live spindle enables you to cast greater distances as the spool spins independently of the pinion gear and spindle that reduces the friction.

The model SQL12 and SQL15 feature the magnetic casting that helps avoid a tangled line. The magnetic brake will help you spend less time unknotting backlashes and enjoy most of your time casting.

The Lever Drag is great as it’s low profile keeps out of the way of the line. The rings inside the reel are nice too as you can tell how much of line you have left on the reel. 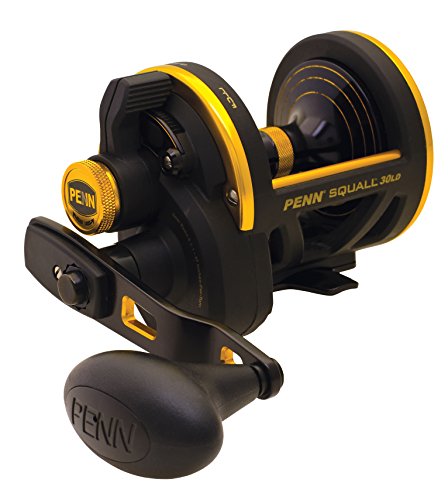 The models SQL40LDLH and SQL60LDLH are left-handed reels. The top of lever handle is flush with the outside of the reel so that slack line does not get stuck in between the spool and lever.

One of the cons that this reel has is the clicker. You can not free spool if the clicker is set.

This graphite reel features super loud clicker that makes it super lighter in comparison to the all-metal internationals. 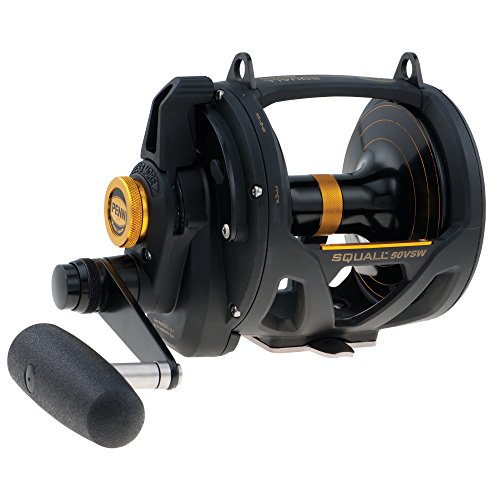 For fish above 50 lbs, you either face a fish that consumes a large quantity of line off the spool or an anchor that you try to reel to the surface during bottom fishing. In both cases, you not only take a look at the lever drag but probably lean towards Penn Squall 2-Speed Lever Drag too for the aforementioned reasons.

The 2-speed feature enables you to switch between a high gearing for fast retrieval of the line and low gearing for hauling in those heavy fish by simply pushing a button typically located in the handle.

The graphite frame vs metal frame is the major difference between Squall and Fathom. Because of its graphite frame, squall is slightly lighter. Squall has the magnetic/mechanical brake as compared to the centrifugal brake of Fathom. Fathom has a greater max drag. Both reels share a very similar design but Penn Squall design falls on the simpler side. Fathom also features a backup silent pawl.

Both series provide you the options of level-wind, star drag, single-speed lever drags, and 2-speed lever drags. It would be ideal to narrow down to a specific model from each series to get the best answer.

All that said, it is usually better to choose a metal reel in most cases if you are not concerned with increased cost. Also, If you are targeting big fish in heavy current or deep water off a boat, You must go with features and a sturdier reel design offered by Penn Fathom. 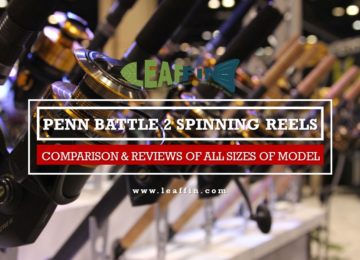 Penn Battle 2 Reviewed: Are These Spinning Reel Worth Buying? 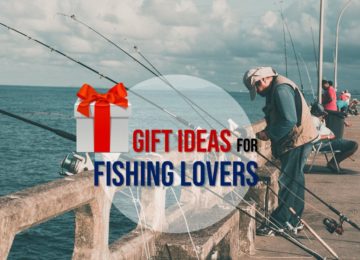 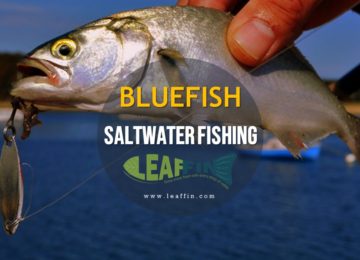