The Rosa centifolia, commonly known as the Cabbage Rose, bears the largest and fullest blooms of any rose. Developed by Dutch breeders from 1600 to 1800s from a clutch of other rose strains, the Centifolias possess a beautiful fragrance and an elegant, but easy-going manner, a kind of noblesse oblige. These are the rounded, full roses seen in Dutch and Flemish still-life paintings that are sometimes striped, and sometimes garnished with a lone dewdrop or ladybug. These are also the roses that adorn Victorian wallpaper, curtains, chintz sofas, and tapestry bags. 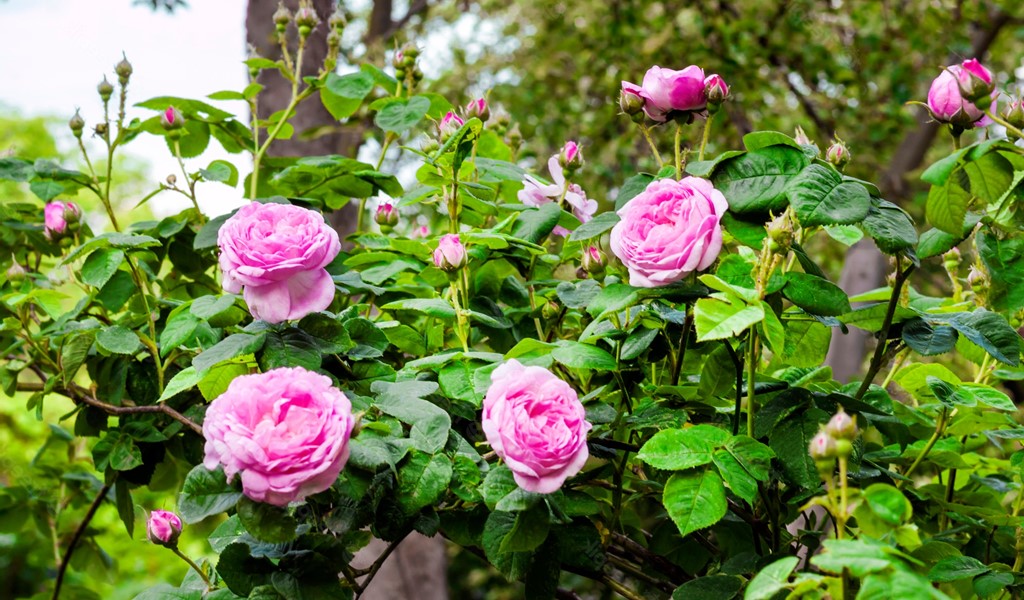 In general, the members of the Rosa centifolia class of 1800 have plenty of thorns, large, deeply cupped globular blooms, with tissue-thin, overlapping petals, a sweet and lasting fragrance, and large, rounded, drooping leaves of medium green. All are once bloomers and hardy to Zone 5 or thereabouts. They are abundant bloomers and shrubby in appearance. They do not bear significant hips. Centifolia are an especially sporty class of roses, having produced several notable offshoots, including dwarfs (Rose de Meaux), variants (The Lettuce-leaved Rose, Crested Moss), and variegations (Village Maid).

Centifolia roses have long, drooping canes that are graceful to behold when they have plenty of room to spread out. They are large shrubs, 6′ and over. Some of them may sprawl and should be staked or trained for best effect. The dwarf Centifolias are somewhat more upright and dense and may be easier to situate in the garden. Some centifolia are susceptible to blackspot and mildew. To avert these depredations, make sure your plants have plenty of room to grow, and prune strenuously when needed, to allow good air circulation. They should receive full sun. Otherwise, Centifolias are vigorous and easily grown.

All full-sized Centifolias can be used in informal borders and as specimens. Dwarf Centifolas are excellent in borders, beds, containers, and as standards.

Centifolia Roses are one of the popular Heirloom roses that you’d love to have in your garden. There were at one time up to 200 varieties of centifolia, however there are now only 20 or so that are easily obtained that include