The rose is one of our oldest garden flowers with a documented history that goes back over 5, 000 years.  Today we have many hybrids that bring an ever-changing selection of colors, fragrances, and growth habits but the heirlooms, or ‘old garden rose’ still remain as much loved today as they were in the years past.

The term ‘heirloom’ in the rose world, means a cultivar that originated before 1867.  These roses all have wonderful adaptability to a variety of climates and soil types due to their diverse parentage of wild roses.  For colder climates, heirloom gallica roses are a reliable choice, and vintage tea roses are best suited for warmer, humid climates.  Both of these old rose varieties outperform the new hybrids grown for those regions.

The downside of the heirlooms is that they are not bred to be resistant to diseases, and they don’t re-bloom as freely but in many cases, these roses produce more flowers in their short blooming period than those rebloomers produce throughout the entire year.  Old garden roses also tend to be more fragrant and reliable than their modern counterparts.

Learn about Winter Care for Roses

These roses have a rich history.  Etchings of them have been found on the walls of Roman ruins and it’s believed that Julius Caesar wore a wreath of gallica roses around his head to hide his receding hairline.  Medieval monks used their petals for perfumes, soaps and salves.

Gallica roses fit nicely into the modern garden.  They are compact bushes, usually growing 3 to 4 feet tall, and are both cold hardy, and disease resistant.  Although they flower just once a year they produce large crops of mid-sized, fragrant flowers that are various shades of reds, pinks and whites.  They also seem to thrive in poor soil.

Damask roses are said to have been brought to Europe by crusaders after they found them growing around Damascus.  By the 16th century they had become a fixture in Western gardens.  Today thousands of these plants cover Bulgaria’s Valley of the Roses where the flowers are picked by hand to for use in perfumes.

They are a good choice for gardens of today because they form large bushes that become covered with large, very strongly scented double flowers.  They tolerate poor soil and are reliably winter hardy in moderately cold climates.  Most damask roses bloom only once a year but there are a few cultivars that produce a second flush in the fall.

Legend has it that King Midas grew centifolia roses.  The word ‘centifolia’ is Latin for ‘hundred petalled’ and fits in nicely with the old common name of this rose, which was ‘cabbage rose’.  The Victorian gardener loved this rose because for the lush intricacy of the petals,

Modern gardens can benefit from having centifolia roses as a focal plant because the large shrub produces graceful, arching canes that can be 5 feet or more.  Most produce flowers only once a year but you can find a few that produce small flushes after the first bloom.  The flowers have a spicy rose fragrance and come in various shades of red, white, and pink.

These roses are descended from the roses grown in ancient China a thousand years ago.  During the 18th century, merchants were sharing these beauties with Europeans who favored them for their ability to rebloom as well as their reliability to survive many growing conditions.  This is why they quickly became a favorite in south eastern North America as well.  They were discovered to be able to tolerate the heat and humidity as well as drought conditions.  China Roses are usually dense shrubs of small to moderate size.  They adapt to many growing conditions and work wonderfully as a focal plant as well as in a mixed border.

An impromptu mutation in late 18th century was the cause of what we now call the Moss Rose.  In a European garden, a rose bud was discovered that looked as if it was covered in a balsamic scented moss.  The flower was pink and round, with a very sweet fragrance, and bloomed over a 2 month period.  Most of the Moss Roses produced from the original are compact, cold hardy bushes and can get up to 5’ tall.  A few of them will bloom twice a year, but the majority only bloom once a growing season.  The flowers are mid sized to large and are strongly scented and both the calyx and stems have a moss like coating.

Another rose that began in China but became a favorite in the southern United States.  Many old homes and cemeteries have tea rose bushes growing that are decades old.  They were loved for their tolerance for the hot humid weather conditions, like China Roses, but tea roses also have a very strong fragrance, resembling that of tea leaves, that was unlike any other.  These roses are rebloomers flower heavily in spring and fall as well as sporadically in between.  It is a large, upright shrub with bronze leaves and nodding flowers that come in shades of white, red or yellow.   Many tea roses also are resistant to black spot. 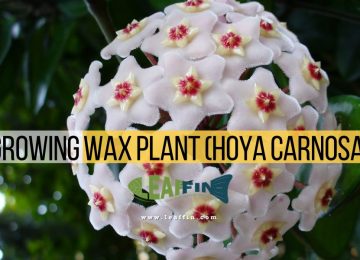