There are virtually always algae spores around in the atmosphere waiting for favourable conditions to germinate. Any hydroponic system provides favourable conditions, that is, the presence of nutrients, water and light, for growth of algae. This need not necessarily be a problem, but sometimes it is.

When the exposed surface of a hydroponic growing medium is wet enough with nutrient solution, algae will grow. Media with high void space (over 90%) and hence both high water and air holding capacity, will often have both high water and high air content at their upper surface. These will then probably grow algae, but aeration within the medium is OK.

However, for media with relatively low void space, a high enough water content at the top surface to grow algae could indicate that there is also a low air content there. Poor aeration can lead to major problems and probably plant death, especially with crops vulnerable to crown rot, such as cucumber and gerbera. So, when media such as sawdust, sand, perlite, etc, have algae on their surface, it is a major warning. This often occurs because there is not enough height of media, perhaps combined with having too deep a reservoir (preferably no reservoir, or maximum depth 10mm, 3/8 inch). Avoiding this problem can sometimes be as simple as increasing the height of the medium (for all media, as the height increases, the water-holding capacity reduces and aeration increases).

Other than as mentioned before, this is probably of little influence in itself and the amount of nutrients it might consume is insignificant. However, it is what can feed off the algae that can cause problems.

Plant roots grow in the dark and are adversely affected by light. When growing in media, light is naturally excluded, other than any exposed surfaces. When using pillow bags, such as with Rockwool, cocopeat, and perlite, light is excluded by using a black bag. However, this would absorb heat and light, so the bags are made of co-extruded plastic, black inside and white outside to reflect the light and heat.

In channel systems, such as NFT, and aeroponics, it is possible to get light leakage directly onto the roots. With aeroponics it may be holes in the box, or an inspection door kept open deliberately or accidentally.

With rigid NFT channels, sometimes a hole is left open to inspect the water flow and/or the roots. These are better covered with an easily removable cap. Much more exposure occurs when much larger plants are grown than those for which the system was designed. What growers typically do here is to leave every second hole empty, offsetting the growing holes in adjacent channels. Especially if this is a permanent change, I would advise blocking the light entry into the empty holes.

Fungus gnat and shore flies like algae and organic matter in which to lay their eggs. The flies themselves can do some direct damage to the plants, and can spread disease spores such as botrytis and powdery mildew. However, by far the most serious damage can be done by their larvae, that is, the maggots. The fungus gnat maggots are very distinctive, about 5mm long, colourless with a black head. Their chewing on the roots gives direct damage, but more importantly, opens wounds for infection by diseases such as pythium.

There can be an algae layer on top of the starter cube of Rockwool growing media. Once the plant has established onto the slab, moving the dripper from the cube onto the slab allows the top of the cube to dry out slightly—enough for the algae to also dry and hence, be less attractive to the flies. With organic media such as cocopeat, sawdust and especially compost mixes, the maggots also like the medium itself, so more care is needed.

There is a ground living predator called hypoaspis, which can be very effective in controlling maggots if introduced in sufficient numbers at the right times.

If you are considering screening your greenhouse to prevent the entry of, say, thrips, these screens will also exclude the flies. Note that screens this fine will halve your ventilation capacity. 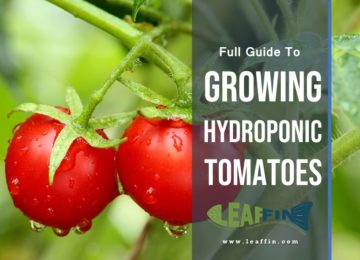 A Beginners Guide to Growing Tomatoes Hydroponically in Home 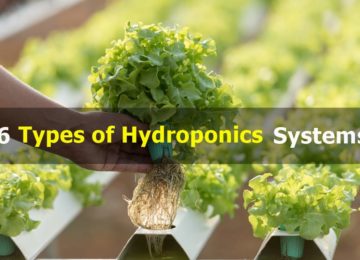