Nitrite is even more lethal to fish as ammonia and can kill fish. Theoretically, your system will suffer nitrite poisoning if it goes over 6 ppm.

The nitrites level in the fish tank rises when more pollution is produced to be handled by beneficial bacteria.

Nitrite Spike in a New System

The new fish tanks are more vulnerable to the shock of ammonia spike especially when they are not colonized completely by beneficial bacteria.

The nitrifying (beneficial) bacteria grow in an aquaponics system when starting the cycle. There are two types of nitrifying bacteria.

The fastest breeding and feeding bacteria are Nitrosomonas that eat the ammonia and produce nitrites. NH3 -> NO2

The other one is Nitrospira that convert the nitrites to nitrates (NO2 -> NO3). It has slower reproduction rates and takes more time to establish. Nitrate is a good compound that plants like to eat and does not have a harmful effect on fish.

It can result in a “nitrite spike” where you may have high levels of nitrites for a week to three before they start coming down when they are getting converted to nitrates.

Nitrite poisoning is not just limited to just new systems. Overfeeding and overstocking can lead to high nitrite levels. However, improper filter maintenance and new tank syndrome are perhaps the most common cause. Another reason could be washing the grow bed because it also washes away bacteria.

It will not have any negative effect on the plants. But it can affect fish that eventually cause their death.

Aerobic bacteria are unable to colonize the lower layers of media that is too dense with fish muck. In low oxygen conditions, a meaner strain of anaerobic bacteria starts to thrive. These bacteria act as an engine in reverse and start to convert the useful nitrates back to harmful nitrites.

Signs and effect of Nitrite poisoning in fish

The symptoms of nitrite poisoning are pretty easy to detect. The stressed fish strives to stay alive by fast gill movement and get more oxygen by gulping on the water surface. Healthy fish are sprint around the aquarium at speed when they feel a sudden shock. Fish suffering from Nitrite toxicity exhibit some of these telltale signs and act sluggish.

Following are the common symptoms of fish in stress.

Brown Blood Disease is another name of Nitrite toxicity. As the fish is unable to take up oxygen into the bloodstream, its blood turns brown. Fish starts getting weaker and suffer. Nitrite poisoning limits the ability of blood cells to carry oxygen, which leads to suffocating the fish even when there is enough oxygen in the water.

The immune system of fish starts getting weaker if exposed to Nitrite for prolonged periods of time. That eventually worsen the situation as secondary diseases such as Fin rot, ich, and bacterial infections begin to suddenly occur that results in a spiral string of sudden fish deaths.

Acceptable nitrite level in the aquarium?

The nitrite levels should always be near to zero if not zero. Even fairly low nitrite levels (e.g. 0.25 mg/l) are sufficient to cause stress in some sensitive species under certain conditions. Although a few fish may tolerate high levels, the nitrite levels above 0.1 mg/l are considered totally unacceptable and can potentially cause stress.

How to lower nitrate levels in a freshwater aquarium?

Your system will stay fine and healthy if you keep your system clean and do not overfeed the fish. Regular small feeds throughout the day are preferable to sudden large feeds.

Choose a hardy fish species for aquaponics capable of tolerating bad water quality. Check this guide to choosing the fish for aquaponics.

Do not overpopulate the fish in your tank. Follow the fish to water ratio guidelines to maintain the system balance.

In aquaponics, Make sure to have enough grow beds that act as bio-filtration and strip impurities out of recirculating water. The water should never look cloudy and foamy.

Your water pump should be able to turn over the entire water volume in the fish tank at least 4-5 times per hour.

Test the water for Nitrite on regular basis. A $40 dollar API Master test kit will provide all the equipment necessary to conduct the test. You can test the condition of your water by adding 5 drops of Nitrite test solution in a vial of fish water. The water of a healthy system will turn blue. A bright scarlet color spells trouble ahead.

If you’ve got a new tank or filter, don’t add too many fish or much food. The more waste entering the aquarium increases the risk of stress for any fish present. Read more about cycle the fish tank here.

Moreover, grow media that is washed in tap water or replaced with new, contains few bacteria and aren’t capable of removing much pollution. Only wash filter media in water from a matured aquarium and never replace media all at the once but do it bit by bit. To expedite the growth of bacteria, add bacterial starter culture and food source, or some media from an existing filter.

You can also try some unconventional way like using mussels in aquaponics to purify water for nitrogen because they feed on algae and remove other nutrients from the water. 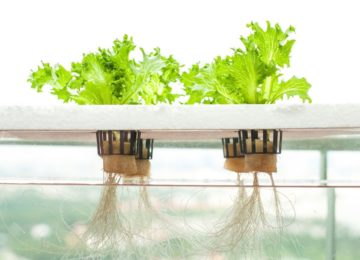 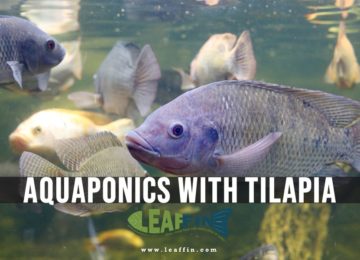 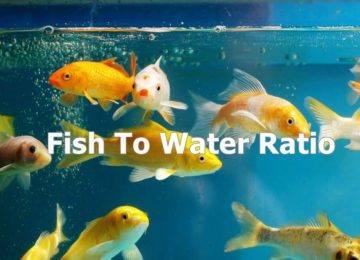 Fish to Water Ratio: How Many Fish per Gallon?