Cucumber is an annual warm-weather crop that is easy for some gardeners to grow, yet others find nearly impossible to work with. They require only a short growing season of usually 55-65 days from planting to harvest and can be harvested for a month or more. This makes them ideal for our 70-day growing season.

If the right variety is picked, cucumbers can be grown in just about any part of the United States. For specific planting dates in your area, check with your local extension office. They should also be able to suggest a good variety for your area, and if you have a longer growing season, they can help you with a schedule for succession planting if you wish.

The most common varieties are:

For an heirloom variety:

Advanced gardeners may want to familiarize themselves with gynoecious and parthenocarpic varieties.

Seed suppliers will add one or more pollinator seeds (often marked with red or pink dye) in a package of gynoecious seeds. Sometimes, however, they do not. Read descriptions carefully before ordering, and make sure your dyed seeds are planted and healthy in order to grow cucumbers.

Victory Hybrid is a top-performing seed of gynoecious varieties.

Parthenocarpic varieties also produce only female flowers, however, they do not require pollination from a male flower. In fact, some will actually produce fruits that are distorted if pollination occurs.

These varieties are designed for greenhouse growing, where insects are not present for pollinating.

I grow the Double Yield, and am trying the White Wonder this year as well.

Preparing The Soil For Cucumbers

Cucumber plants like well-drained soil that is rich in organic matter in a sunny location. They do best when allowed to grow in a loose, rich soil that holds moisture well.

Make sure to work the soil deep and thoroughly where you will plant your cucumbers so they can immediately begin to form their extensive root systems. When starting your season, the top of the soil should be loose for a foot or more.

If you have an area with poor soil, add up to 4 inches of compost to the area and work it in well, allowing it to mix and sit before the time to plant comes.

When it is time to plant, put a shovel of well-rotted manure at the base of each hill or row you prepare.

How To Grow Cucumbers From Seed?

Because cucumbers are highly sensitive to frost, never place them in the soil until it has warmed—at least 60, 70 is best. A general rule is to plant them 2-3 weeks after your average date of last frost. Make sure to give them protection from the cold if there is any danger of cold weather.

Most seed catalogs suggest sowing 4-5 seeds in each hill. Hills should be spaced 6 feet apart, while bush varieties may be placed only 3 feet apart. Once plants start to develop, thin all but the 3 strongest in each hill.

I must confess, that I generally just plant 3 in a hill if I’m letting them sprawl along the ground, and never thin them.

If you live in a longer growing season area, start a second crop 4-5 weeks later. If you live in the Deep South however, you should wait to plant until 80-90 days before your first fall frost.

If you will start your seeds inside, then time them to about 3 weeks before they will go outside. Although many resources state that starting cucumbers inside is a successful endeavor, I have found very low success rates with transplanting perfectly healthy cucumber starts into a garden, no matter what soil or what zone I have gardened in. If you have trouble transplanting cucumbers, you have company.

If you will be transplanting cucumber starts into your garden, take extra care to harden them off before doing so.

If you have the availability of a cold frame, place them in there for a week to harden them off.

Intermediate gardeners may want to try planting a second crop of cucumbers about 4 weeks after the first set. Plant this second crop where you have harvested a spring crop (like broccoli).

Growing Cucumbers In A Container

Bush and compact varieties do best in containers. If possible, start your cucumbers directly in the container they will live in, making sure it is at least 18 inches deep to allow for root development.

Container cucumbers do best when given trellis support to climb on. Trellis should be in place as soon as seed is sown into the pot.

An advantage to container planting is that plants can be moved to a protected area at night once temperatures start dropping at night, and then back outside during the heat of the day.

A disadvantage of container planting is that your cucumbers will need more frequent watering.

Taking Care Of Your Cucumber Plants

Cucumbers have a 90% water content, and as such, will show signs of moisture stress while forming if not given enough water. This will lead to skinny portions of the fruit during development in times of drought, and make cucumbers bitter. Make good use of mulching to maintain water moisture if you are able.

While some cucumbers may grow along the ground, trellising them can often lead to more productive plants and healthier fruits.

As soon as your cucumber starts to vine, start training them on the trellis. You will be able to grow more fruit in less space. Cucumbers will grow straighter as they hang from their vines. They will be easier to find and have fewer disease problems.

As your main vine elongates, pinch off the first few side shoots that would otherwise spread sideways.

Be careful to pay even more attention to water needs for cucumbers that are trellised, as the foliage will be more exposed to the sun and air, thus making plants more prone to drought stress.

As your season ends, pinch back vines to encourage existing fruits to mature before frost hits.

In order for pollination to occur, insects must carry pollen from the male to the female plants.

When it’s time for pollination to occur, you will need to uncover your cucumbers so that insects can do their job if you have them under a row cover. During times of insect inactivity (cloudy and cool days) hand pollination may be needed.

Cause of Bitter Cucumbers

Bitterness is produced by a taste deterrent compound named cucurbitacin found in plants of cucumbers. The bitter cucumber can be caused by genetics, growing conditions, or old age. There are a few varieties that never become bitter.

If you get bitter fruits, remove the skins as soon as they are picked, and slice off the flesh under the peel at the stem end. Use these cucumbers right away for slicing and eating to make the most of them.

When And How To Harvest Your Cucumber

Once a vine succeeds in getting a cucumber to mature seeds, the vine will stop producing and die. For this reason, it is important that you watch your cucumber plants carefully and remove all cucumbers as soon as they are ready.

Those on trellises will be easier to locate and remove. Vines allowed to sprawl on the ground must be checked more carefully. Pick up your leaves and check under them often when fruits start to mature.

If you’re unsure if your cucumber is ready, look for the flower at the end. When it drops off the blossom end, it’s ready to be picked. If a cucumber has been allowed to turn yellow, it is too ripe.

Vines can produce for a month or longer, although sometimes productivity will decrease. This can simply be due to age, or it can be from disease, certain insects, or maturing fruits that send “stop” signals through the vine due to a lack of cucumbers being picked in time.

If your cucumber has spines, they are ready when dimpled areas around those spines have filled out.

For pickling varieties, start picking fruits when they are 2-4” long. For slicing and salads, pick your cucumbers between 6-8” long, remembering that younger cucumbers will be a better quality. European varieties may grow up to 10” long.

Your first step in defense will be to thoroughly research your variety of cucumber. Some grow with only special care when special needs are met. Next, remember that an ounce of prevention is worth a pound of cure. Prevent diseases as much as possible.

If you can avoid damage from cucumber beetles while vines are young, and keep fruits off the soil with trellises, bacterial wilt is much easier to control once the vine has developed.

Other problems with cucumbers can be avoided by paying close attention to water needs and making sure your plants are warm enough.

In short, if you can remember to grow cucumbers in only warm weather after the soil has warmed, pay close attention to make sure it has enough water, and pick your cucumbers often as soon as they are ripe, you’ll be on your way to enjoying your own, homegrown cucumbers.

Cover your rows at planting time to protect them from cucumber beetles. Plants may be sprayed with kaolin as the crop develops to deter cucumber beetles if unable to be covered. Some common cucumber pests include 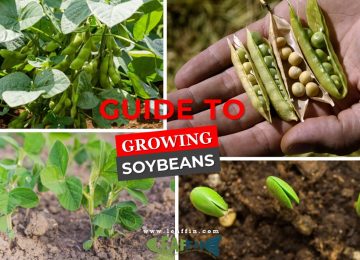