Insects are a natural source of food for fish and many other animals. As you must have seen fishermen using maggots as fish bait to catch fish. As insects also hold a wider role in the food web, they are worth to include as the natural feed to fish.

Protein in the Fish diet

The primary source of protein in a fish meal is soybean. Moreover, live and frozen shrimps and baitfish also constitute the main and comparatively expensive source of protein. The commercial feed has proteins mainly from plant-based sources like soy.

Insects have a healthy composition and over 2 billion people occasionally cook caterpillars, boil beetles, or marinate maggots as part of their traditional diet. Read More here

Insects are not only a delightful feast for trouts and chicken, but it is also a single source of food for many other animals. Although insects meals lack fibers and some ingredients, they are rich in lipids, protein, and calories. The insects can substitute 25-100% of soy or fishmeal in the diet without any unfavorable effects. Most of the insect meals don’t have enough amount of amino acids (methionine and lysine) and calcium but you can supplement these cheaply. Addition of insects meal to the diet does not have any adverse effect on the taste and aroma of fish.

Experiments conducted on some fish species concluded that fish with diets consisting of 25-50% acridid meal not only yielded good results but have shown better measurements in all growth parameters than for those fed with 100% market-available fishmeal.

We can conclude that acridids can be a successful meal substitute for traditional fish diet.

Insects have gained a role as a feed source for fish in many parts of the world.

Do fish benefit from the windfall of insects on the water surface?

Billions of insects every year are fatally attracted to rivers and lakes. Often, they may breed there and spend the initial stage of their lives underwater. but while the water provides a nursery, it also claims the lives of a large number of flying insects. The bad instance for the insects is good news for the fish that swallows them by gulping on the water surface. They are a rich food resource for fish.

Their fairly flat backs and upturned mouths sited towards the heads top are ideal for cruising just below the water surface. The African butterflyfish lurks along floating vegetation aiming to grab on any insect that drops onto the water surface.

Do fish ever leave the water to feed?

Almost fish species live underwater. A few do emerge only for short spells to escape unforgiving conditions. Such as Clarias catfish escape from ponds where the water,  oxygen, and food become scarce.

Despite this, many fish feed on terrestrial animals, especially flying insects, either picking them from the surface or leaping out to catch them — even shooting them down as they rest on overhanging leaves and branches.

Most of the surface-feeders can jump out of the water to snatch the prey. The larger fish are capable of jumping significant distances out of the water to pounce the insects and even small birds from overhanging plants in Amazon. They accelerate from depth, then fully open their mouths after reaching the surface, that reduces the drag. The relatively larger mouths of arowanas enable them to prey on various species in this way. Some fish has even claimed small monkeys on the menu.

So what are you waiting for? collect live food for fish (read here) or attract them to your fish place.

It is a known fact that lights in night-time attract nocturnal insects and many fish species snatch flying insects. So, can we employ this habit of insects to provide additional low-cost protein-rich food to fish?

If your fish are mature, insects should not pose a problem, just be sure you don’t electrocute your fish with a UV light at night.

You can play the game of looking for UV LED’s, most are 390 to 405 Angstrom wavelength, that is the blue-black spectrum. Good UV lamps are 365 to 380 angstroms in wavelength.

The most economical choice remains a good UV-B Blacklight fluorescent lamp. It’s the light of choice for bug hunters in Thailand. The UV lamps are 3 to 4 times the price of regular fluorescent tubes.

What Light is Attractive to Insects?

Humans are able to see light having visible wavelengths between 400-700 nanometers (nm), which varies in color from violet to red. However, the ultraviolet (UV) light around 350 nm is an exception.

Insects can perceive the light of wavelength between 300-650 nm. with a preferable range of 300-420 nm including  UV light. Actually, most insects are attracted to UV light. So, the UV output of light is a very vital factor in its capacity to attract insects.  This is why UV/blacklight bulbs are used in most insect light traps and bug zappers as their main source of attraction.

, insects are also attracted to

The heat and brightness of lights are also the main factors of attractiveness to insects in addition to the color and wavelength.

The range of wavelength of LED is between UV (350 nm) – infrared (700 nm). The brightness of a LED light depends on the quantity of current passing through it. Although a higher current level produces a brighter light, it reduces the lifespan of the bulb. They have no filament or glass that breaks. LED use a combination of different light colors to make white light. The cooler white or are bluish LED lights are more attractive than warmer yellowish lights. With some exception, most LEDs don’t produce much UV light.

Can LED lights Attract Insects or Not?

With no UV light and much heat, Most LED lights do not attract the insects. The led used in mosquito light traps and grow lights produce UV light that attracts the insects. The spotlights of UV, cool white, and neutral color may attractive to insects to the same extent of halogen/fluorescent bulbs. A warm white or off-white is a better choice. 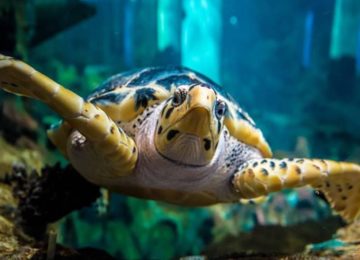 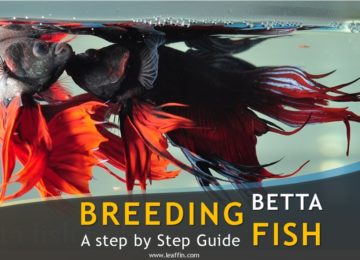 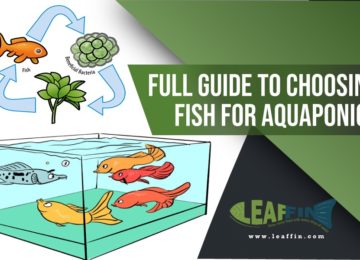